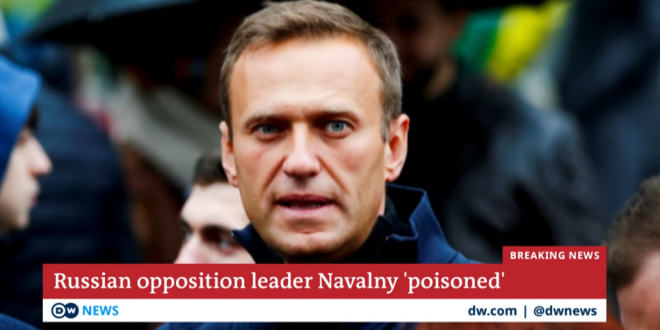 Russian opposition figure Alexei Navalny is unconscious in hospital suffering from suspected poisoning, his spokeswoman has said. The anti-corruption campaigner fell ill during a flight and the plane made an emergency landing in Omsk, Kira Yarmysh said, adding that they suspected something had been mixed into his tea.

The Kremlin said that it wished Mr Navalny a “speedy recovery”. Mr Navalny, 44, has been a staunch critic of President Vladimir Putin. In June he described a vote on constitutional reforms as a “coup” and a “violation of the constitution”.

The reforms allow Mr Putin to serve another two terms in office. Ms Yarmysh later tweeted that Mr Navalny was on a ventilator and in a coma, and that the hospital was now full of police officers. She said they had later asked to search his belongings.