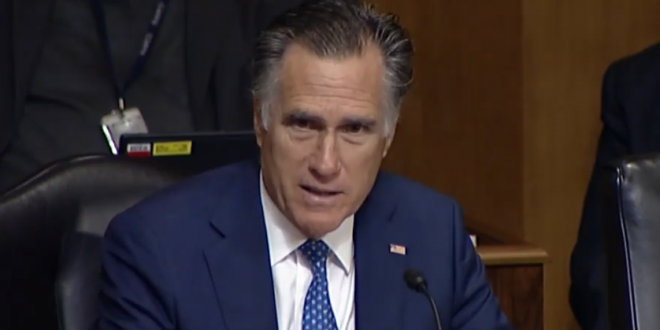 Sen. Mitt Romney said Friday that politicians attacking the vote by mail system are threatening global democracy but stopped short of criticizing President Donald Trump, who has been openly against an expected surge of mail-in ballots.

The United States must stand as an example to more fragile democratic nations to show that elections can be held in a free and fair manner, Romney said. He urged the federal government to make every effort to ensure that people are able to vote in the general election this November.

“That’s more important even than the outcome of the vote,” he said at a virtual event hosted by the conservative Utah-based Sutherland Institute. “We have got to preserve the principle of democracy or the trend we’re on is going to continue to get worse.”

Utah is one of five states that conducts all-mail elections. The others are Colorado, Hawaii, Oregon, and Washington.