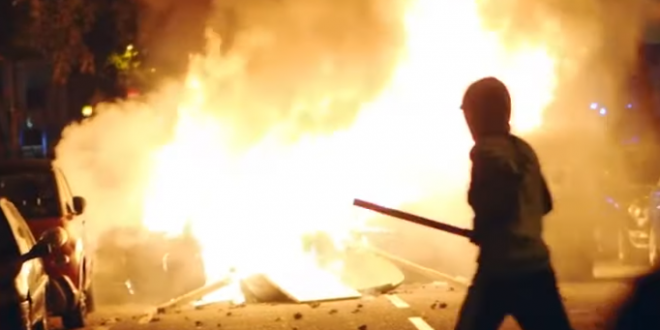 While the imagery appears to allude to the recent American protests after the fatal encounter of George Floyd with Minneapolis police in May, the video is from an entirely different protest, a different country and a different year.

NBC News team was able to identify that a portion of the video was in fact taken during Catalonia independence protests in October 2019. Catalonian public broadcaster, CCA, was first to report on the misinformation on August 25.