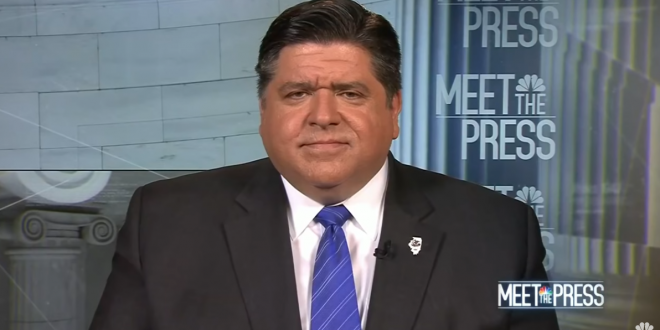 A group of Illinois Republicans sued the state’s Democratic governor and others in federal court Monday over a law they claim is designed to expand voting by mail to dilute Republican votes and tilt elections in favor of Democrats, while also risking a spike in voter fraud.

The Cook County Republican Party targeted Governor J.B. Pritzker in its 20-page complaint filed along with members of the Illinois State Board of Elections and Chicago Board of Election Commissioners as well as Cook County Clerk Karen Yarbrough, over a law Pritzker claimed would “allow more people” to vote absentee without fear of contracting Covid-19 when he signed it in June.

Republicans bringing the lawsuit say Pritzker violated Illinoisans’ voting rights “by signing into law a partisan voting scheme that is designed to harvest Democratic ballots, dilute Republican ballots, and, if the election still doesn’t turn out the way he wants it, to generate enough Democratic ballots after election day to sway the result.”

Chicago-area Republicans filed a federal lawsuit Monday alleging Illinois’ expanded vote-by-mail program is a “partisan scheme” to help Democrats get votes and could open the door to election fraud.​ https://t.co/bmtMORoffI