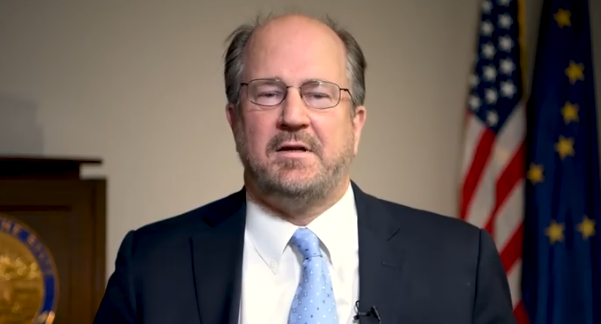 “Kevin Clarkson has admitted to conduct in the workplace that did not live up to our high expectations, and this is deeply disappointing,” Gov. Mike Dunleavy said in a statement. “This morning he took responsibility for the unintentional consequences of his actions and tendered his resignation to me. I have accepted it.”

Records obtained by the Anchorage Daily News and ProPublica show the abrupt departure came after a junior state employee raised concerns about 558 text messages that Clarkson sent to her personal phone in March.

Over a 27-day span, the attorney general asked the woman to come to his house at least 18 times, often punctuating the messages with kiss emoji and comments about the much-younger woman’s beauty.

The attorney general texted the woman at all hours of the day and evening, sometimes from his state office, until she sent him a message in early April asking him to respect professional boundaries and saying she doesn’t accept late-night calls on her personal phone.

In late June, Clarkson ruled that local mask mandates do not apply to government buildings.