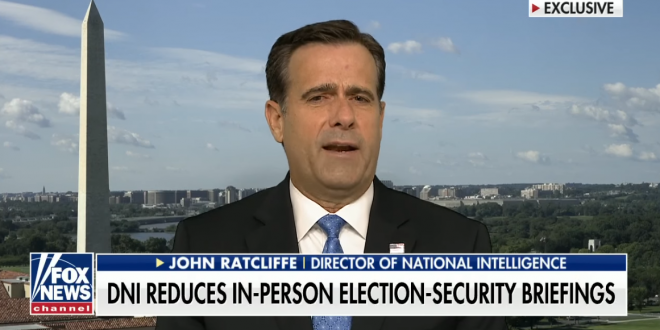 Ratcliffe: I Ended Intel Briefings Due To Dem Leakers

“When I went through confirmation, people watched that. They heard me make a couple of promises. One of them was to always follow the law.

“The other was that I would do everything I could to protect the unauthorized disclosure of classified information, allowing people to leak it for political purposes.

“The action that I announced yesterday is entirely consistent with that. I reiterated to Congress, look, I’m going to keep you fully and currently informed, as required by the law.

“But I also said, we’re not going to do a repeat of what happened a month ago, when I did more than what was required, at the request of Congress, to brief not just the Oversight Committees, but every member of Congress.

“And yet, within minutes of that — one of those briefings ending, a number of members of Congress went to a number of different publications and leaked classified information.