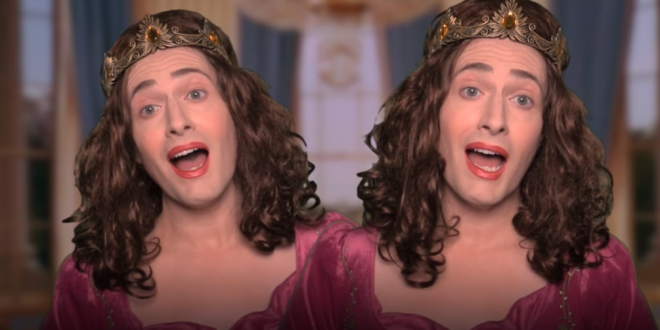 Randy Rainbow is back today with a tribute to Kamala Harris set to the tune of “Camelot” from the Tony-winning 1960 Lerner and Loewe musical of the same name. The original Broadway production starred Richard Burton, Julie Andrews, Robert Goulet, and Roddy McDowell. The 1967 film version starred Richard Harris and Vanessa Redgrave in the roles originated on the stage by Burton and Andrews.

Previous Trump: I’m Just Making The USPS “Good” [VIDEO]
Next Epstein Victim: He Showed Me Off To Trump At Age 14