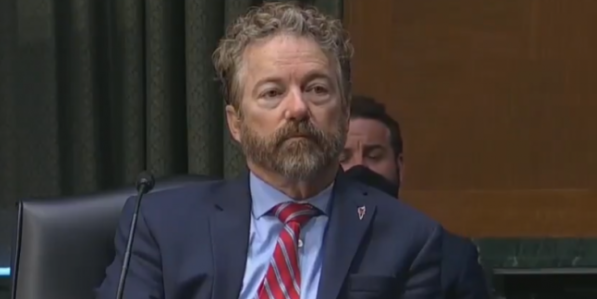 My wife Kelley and I were attempting to leave the White House event. We were staying at a hotel directly across the street, maybe 50 yards from the gates of the White House. But as we went to leave, it became apparent there was no safe exit out the gates and through the unruly mob that had gathered there.

Why? Because another Democratic-run city had decided it would bow to lawless rioters instead of protecting its citizens. Mayor Muriel Bowser was asked by the Secret Service to allow wider and better protection for those leaving the White House Thursday night, but she refused.

Mayor Bowser and many others are responsible for what happened. House Speaker Nancy Pelosi, D-Calif., called my Senate colleagues and me “enemies of the state.” My question is: Who are these people? Who paid for their hotel rooms? Who flew them in? Law enforcement needs to look at the funding of violent criminal activity like this.

Paul’s claim about the DC mayor is being widely spread by Trump cultists on social media, but I can find no substantiation from any reputable outlet.

Previous Cultist AZ Students To Fundraise For Kenosha Killer
Next NYC Fireworks Were For MTV Awards, Not Trump