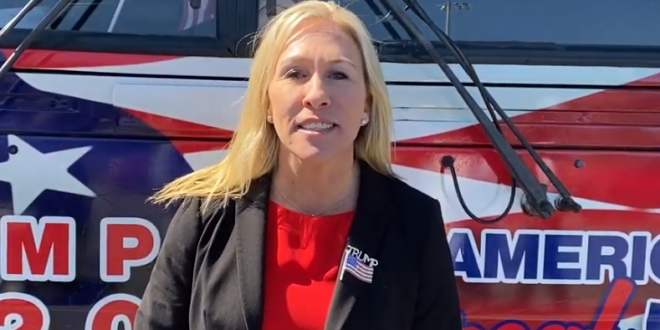 Less than two years ago, right-wing commentator and Republican House candidate Marjorie Taylor Greene shared an anti-refugee video and claimed that “this is what the UN wants all over the world.”

The Greene-promoted video features anti-Muslim propaganda, quotes an anti-Semitic Holocaust denier saying that “Zionist supremacists have schemed to promote immigration and miscegenation” and, as one reporter wrote, “implies that Jews are at the heart of a project to destroy Europe as we know it.”

The video, which originated on the far-right message board 8chan in 2015, has been celebrated by neo-Nazis and white supremacists. It was also extolled by the neo-Nazi website Daily Stormer and the white supremacist websites Vanguard News Network and Stormfront. 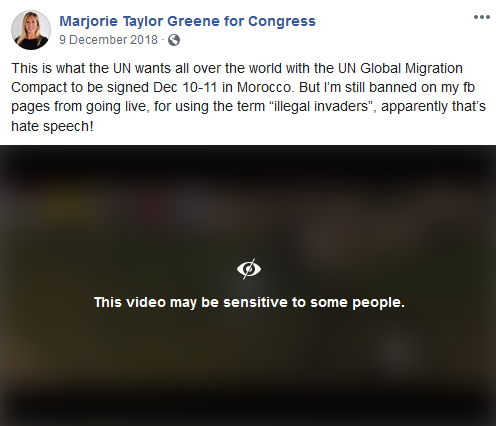