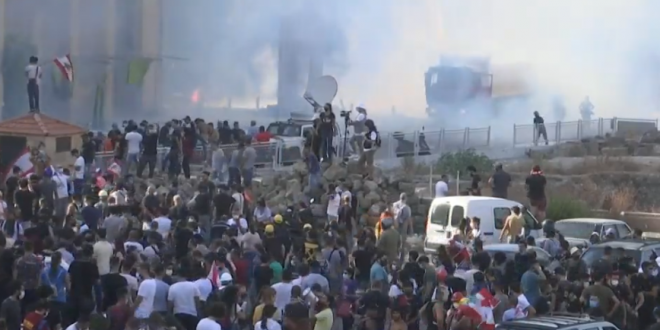 Security forces in Beirut fired tear gas at protest crowds as mourning turned to anger over the huge blast that leveled parts of Beirut earlier this week and left a shattered city casting blame on the country’s leaders.

Activists have called for protests in the central Martyrs’ Square later Saturday in further evidence of the rage across Beirut after Tuesday’s explosion at the port, which killed at least 158 people and was so powerful that it was felt far away as Cyprus 120 miles across the Mediterranean.

At least 36 people are still missing, according to the Health Ministry. An hour before the demonstrations had been slated to begin, security forces had begun firing tear gas at demonstrators. “Resign or hang,” read one posting for the demonstration that circulated online.

Watch: Demonstrators in #Beirut carry cardboard cutouts of Lebanese politicians during protests in the capital against the government’s handling of the August 4 port explosion.https://t.co/nonU2MoXb0 pic.twitter.com/INvCnEuzHt