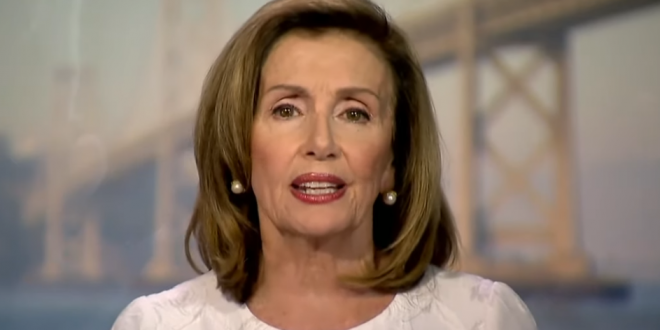 Pelosi: If Biden Wins, We’ll Have The Power To Release Trump’s Taxes And The World Will See What He’s Hiding

House Speaker Nancy Pelosi said Thursday that if Democrats take the White House in November, they will unilaterally release President Donald Trump’s long-hidden tax returns. In a news conference, she also staunchly defended House Ways and Means Committee Chair Richard Neal, including his handling of the fight for the president’s tax records, ahead of a tough primary the Massachusetts Democrat faces next week.

“When we win this election, and we have a new president of the United States in January, and we have a new secretary of the Treasury, and Richie Neal asks for the president’s returns, then the world will see what the president has been hiding all of this time,” Pelosi told reporters. Pelosi’s comments Thursday are a reminder that Democrats may not ultimately need the courts to get Trump’s returns — though they do contradict what lawyers for the House have argued in court.