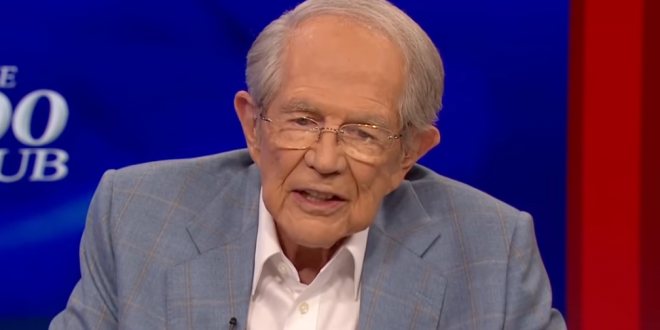 Pat Robertson: I Faith Healed Thousands Of People At Once In A Peruvian Stadium And Then They Struck Oil

I’ll never forget walking up the steps to the place where I was to speak. That stadium was absolutely immense, and I was on the podium all by myself. But as I looked around, the stadium was packed with people, and as I explained the simple gospel once again, tens of thousands of people accepted the Lord.

As I was speaking, the Lord gave what turned out to be a prophetic word. I declared that God wanted to bless Peru and that I was believing that His special presence would come upon the country and reward them for their faithfulness to Him. Later on I learned that they had discovered a large reservoir of oil in the Amazon and many of the people attributed this remarkable discovery to God’s blessing.

“The Spirit of the Lord is on me because He has anointed me to preach glad tidings to the poor, recovering sight to the blind and the release of the captives from prison.” https://t.co/j2t8Pgh7yx