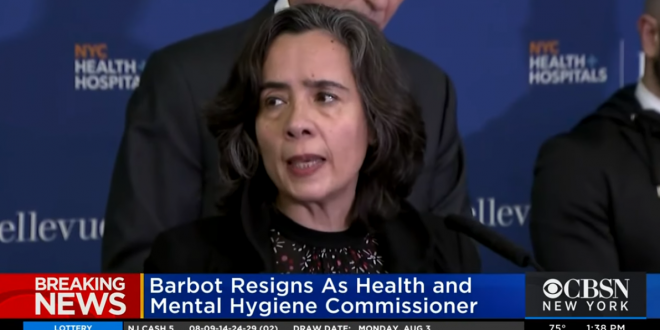 “Our experts are world renowned for their epidemiology, surveillance and response work. The city would be well served by having them at the strategic center of the response not in the background.”

Barbot’s resignation comes after de Blasio stripped control of the city’s COVID-19 contact tracing program from the health department, which has historically handled tracing. The mayor instead placed the program under Health and Hospitals, the agency that runs the city’s public hospitals.