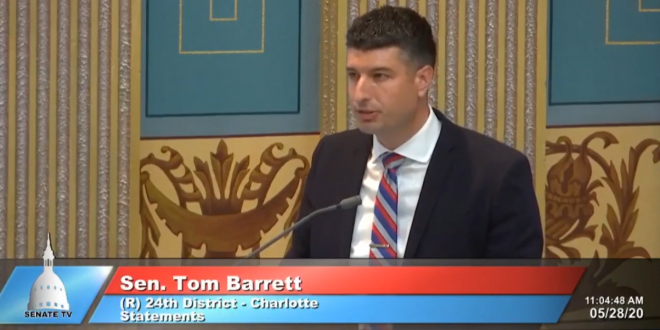 A Michigan senator who has been a vocal critic of Gov. Gretchen Whitmer’s handling of COVID-19 says he tested positive for the virus after going through a screening process because of his service in the Army National Guard.

Sen. Tom Barrett, R-Charlotte, who is viewed as a rising star in the Republican Party, sponsored a bill in April to repeal one of the two state laws that allow the governor to declare emergencies.

Barrett, a 39-year-old, first-term Republican senator, has supported the Unlock Michigan petition drive to limit the emergency powers of Whitmer and future governors. He held a petition signing event for the campaign on July 18.