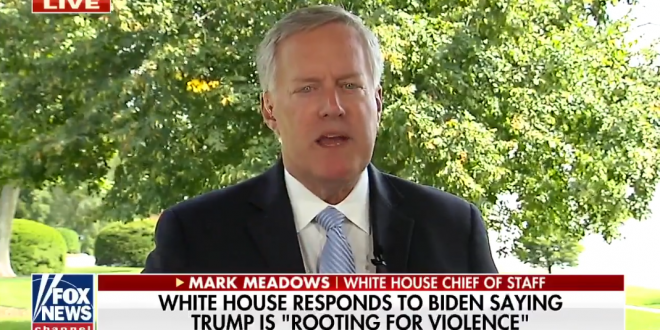 Meadows: Biden Says There Should Be More Rioting

Democratic presidential candidate Joe Biden only condemned the ongoing violence in Kenosha, Wis. and cities across the country this week because he “sees this as a political liability,” White House Chief of Staff Mark Meadows charged on “The Daily Briefing” Friday.

“In fact, if anything, he’s condoned it and said that there should be more of it. The problem that we have is, it’s his running mate and people associated with his running mate that actually were bailing people out that got arrested for the rioting that happened in the first place. So, it’s typical Joe Biden hypocrisy.”