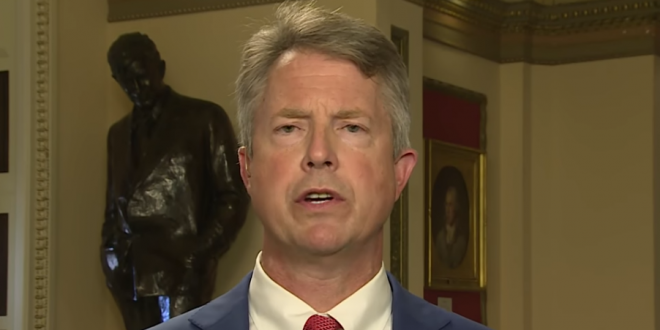 Kansas Rep. Roger Marshall [photo] has defeated former Kansas Secretary of State Kris Kobach in the Republican Senate primary, according to The Associated Press, calming Republicans’ worst fears about putting a seat in a deep red state in play this fall with the Senate majority contested.

Marshall was the favored candidate of many party leaders to take on Democratic state Sen. Barbara Bollier in November — in what some strategists believe may still be a competitive general election.

Marshall and Bollier, a former Republican and retired anesthesiologist, will compete for the seat currently held by GOP Sen. Pat Roberts, who is retiring.