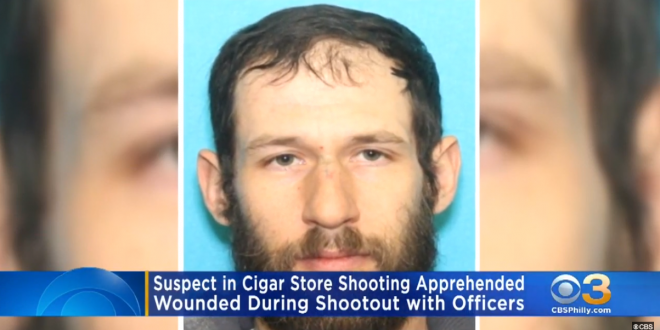 Police say a man who fired shots at an employee after refusing to wear a mask inside a Lehigh Valley cigar shop has been apprehended following a shootout. Adam Zaborowski, 35, of Slatington, Pennsylvania has been charged with attempted homicide, aggravated assault, robbery, and reckless endangerment.

According to authorities, around 9:30 a.m. Saturday, an officer from the Slatington Borough Police Department and troopers from the Pennsylvania State Police Bethlehem barracks attempted to make a traffic stop at the intersection of East Washington and 2nd Streets in Slatington.