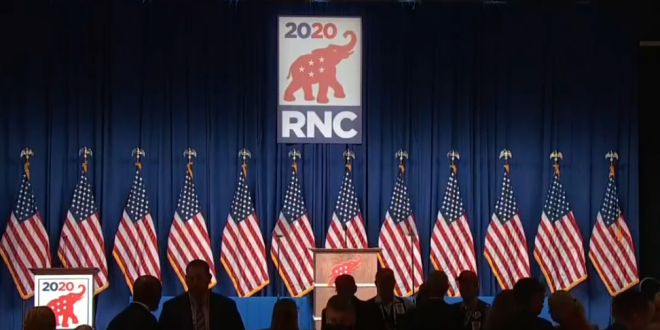 The GOP has planned for six delegates from each state and territory, for a total of 336, to attend in-person proceedings for the convention’s first day in Charlotte. They’ll hold a roll-call vote to renominate the president, but unlike the Democrats, it won’t be a prime-time affair.

Instead, the voting will take this morning, with a recap shown during the evening’s programming. Delegates will also vote on several resolutions, including measures defending October’s Columbus Day holiday, which honors the polarizing 15th century explorer, and opposing “cancel culture.”

Trump gives a formal acceptance speech Thursday night from the South Lawn, but he’s expected to make an appearance every night in the 10 p.m. Eastern hour. It’s unclear to what extent he’ll make remarks, but Monday’s theme, “Land of Promise” highlights how Trump helped renew the American dream.