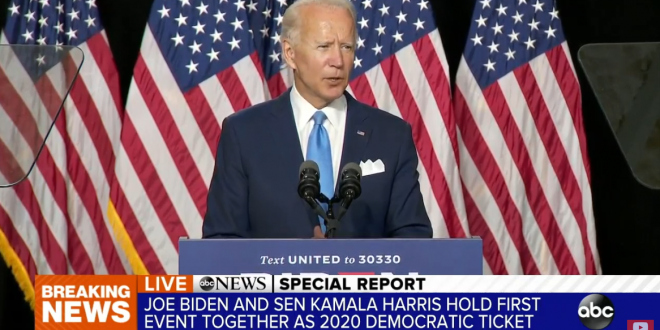 Joe Biden, the presumptive Democratic presidential nominee, and his running mate Kamala Harris will deliver remarks this afternoon in Wilmington, Delaware. After the speech, Biden and Harris are set to appear together at an online fundraiser for “grassroots” small-dollar donors.

Aware that his age could be a concern to some voters, Biden, 77, has said that he is “a bridge” to a new slate of Democratic leaders, and by selecting Harris, more than 20 years his junior, he has elevated a leading figure from a younger generation within the party.