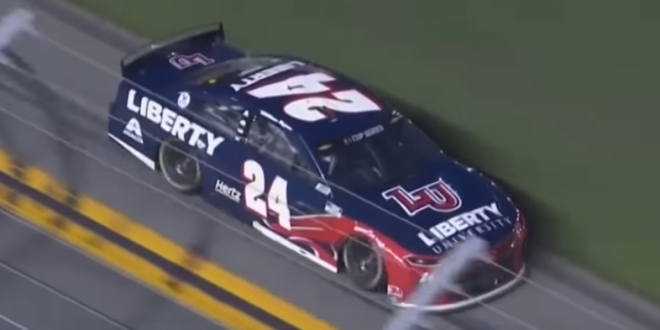 William Byron earned his first Cup Series victory Saturday at Daytona in the Coke Zero Sugar 400 to book his place in the NASCAR playoffs. Byron’s win also drew another round of social media jokes regarding the capitulation of Jerry Falwell Jr., the evangelical president of Liberty University who resigned this past week amid separate social media and sex scandals. The school is a prominent sponsor of Byron’s No. 24 car.

It’s appropriate that the battle for the last playoff spots was a three-way….

Cue the “Do you think Jerry Falwell Jr. was watching?” jokes

I had Liberty in the pool