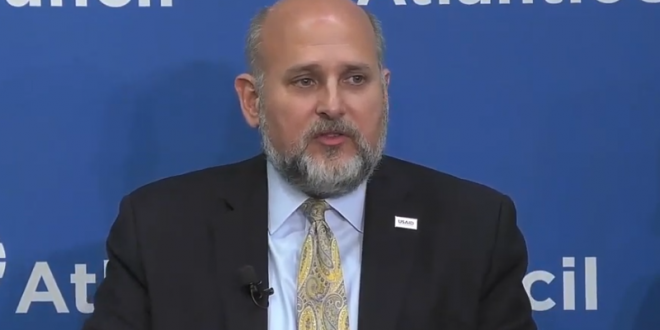 The draft policy released by the U.S. Agency for International Development on Wednesday was billed as an update and replacement to the original 2012 policy, released under the Obama administration. Though written subtly, the agency’s gender policy is parsed closely by experts and grantees as a clue to the kind of initiatives the agency will prioritize, and it guides USAID’s grant-making and development work worldwide.

The new policy doesn’t use the acronym LGBT or its more inclusive variants or the words “lesbian,” “gay,” “bisexual,” “transgender” or “identity” at all. “It sends a message when an overarching umbrella policy that is supposed to inform all of USAID’s practices and initiatives is missing those factors,” said Gayatri Patel, director of gender advocacy at CARE, a humanitarian organization.

USAID delivers more than half of US foreign aid with a current budget of $27 billion. The acting administrator of USAID is John Barsa [photo], who is married to a lobbyist for ACT For America, which the SPLC has classified as an anti-Muslim hate group.

ACT For America recently had its Mar-A-Lago gala canceled after outcry over the group’s poster depicting Rep. Ilhan Omar superimposed over the wreckage of the Twin Towers. The group claims to have 300,000 members.

In the clip below, hate group leader Tony Perkins fawns over Barsa’s plans to turn USAID into a Christianist program devoted to “religious liberty.”