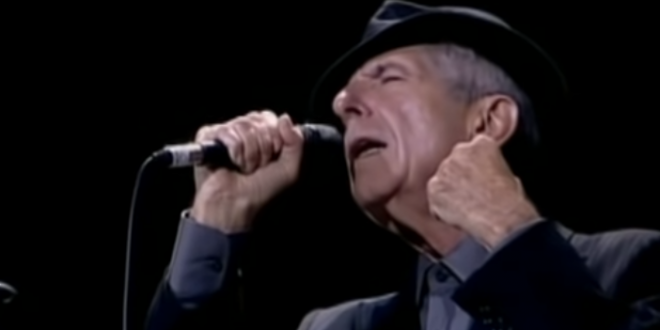 Leonard Cohen’s Estate May Sue Over RNC’s Use Of His Song Hallelujah: They Asked Us And We Told Them No

Leonard Cohen’s estate have issued a statement, along with music publisher Sony, regarding the unauthorized use of the late singer’s song “Hallelujah” at the Republican National Convention. The song was used without permission during two performances, says the estate, and as a result Cohen’s estate is exploring legal action.

“We are surprised and dismayed that the RNC would proceed knowing that the Cohen Estate had specifically declined the RNC’s use request, and their rather brazen attempt to politicize and exploit in such an egregious manner “Hallelujah,” one of the most important songs in the Cohen song catalogue,” wrote Michelle L. Rice, legal representative of the Cohen estate, in a statement. “We are exploring our legal options.”

She went on to note, “Had the RNC requested another song, ‘You Want it Darker’, for which Leonard won a posthumous Grammy in 2017, we might have considered approval of that song.”

As fireworks lit up the sky over the White House following Donald Trump’s acceptance of the Republican presidential nomination, speakers blasted two separate renditions of Leonard Cohen’s “Hallelujah.” But the song isn’t the Christian hymn Republicans seem to think it is.

A Canadian Jew and practitioner of Zen Buddhism, Leonard Cohen wrote such wholesome tunes as “Don’t Go Home With Your Hard-On.”

If you listen to the lyrics of “Hallelujah,” which Cohen released in 1984 and which Jeff Buckley popularized with an orgiastic rendition 10 years later, you’ll notice that the song is less an exaltation of God than a cynical rumination on more secular matters.

Yes, Hallelujah is about sex. Listen to You Want It Darker and you’ll know why the Cohen estate finds that one appropriate for Trump.

Previous Palin To Get Jury Trial In Defamation Suit Against NYT
Next Russian Protesters: “Putin, Have Some Tea” [VIDEO]