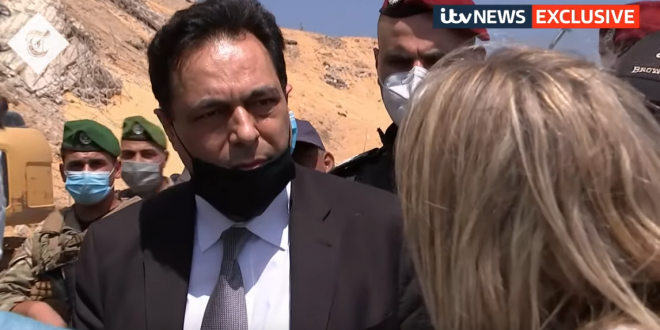 The explosion, along with a severe economic crisis, has been widely blamed on decades of corruption and misrule by Lebanon’s entrenched political class.

Lebanon’s cabinet faced mounting pressure on Monday to step down after a massive explosion that has ignited anti-government protests and resignations by several ministers, with the justice minister the latest to go.

BREAKING: Lebanon’s Prime Minister has announced the resignation of the country’s government.

BREAKING: Lebanon’s prime minister and cabinet have resigned amid massive protests in the aftermath of the deadly explosion in Beirut that killed more than 160 people, injured 6,000 and left roughly 250,000 homeless.https://t.co/6QBFSOYX3c