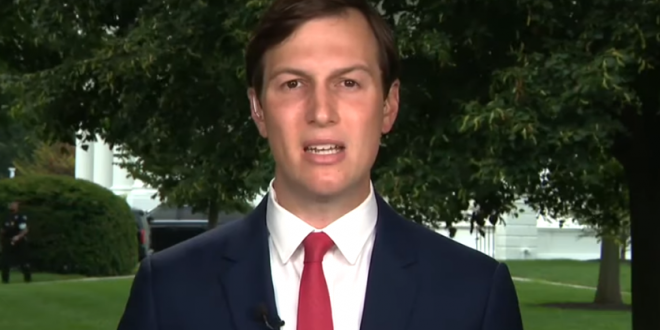 Kushner Sneers At Striking NBA Players: They’re Very Fortunate To Be Rich Enough To Take A Night Off Work

Jared Kushner, son-in-law and senior adviser to President Donald Trump, took a shot at NBA players over their strike in an interview with Andrew Ross Sorkin on CNBC’s Squawk Box Thursday, calling NBA players “very fortunate” to have the means to be able to engage in a boycott of their own jobs.

“NBA players are very fortunate that they have the financial position where they’re able to take a night off from work without having to have the consequences to themselves financially,” Kushner said. “So they have that luxury, which is great.”

The strike has already led to action in Wisconsin. On Wednesday night, the Bucks spoke with Wisconsin’s lieutenant governor and attorney general about police reform legislation. Gov. Tony Evers (D-WI) has called a special session of the state legislature to debate some of these proposed measures.

Kushner, the son of a billionaire whose only professional achievements have been handed to him by members of his family, has taken a bold swipe at NBA players for their wealth and privilegehttps://t.co/kV3pdL0ow6