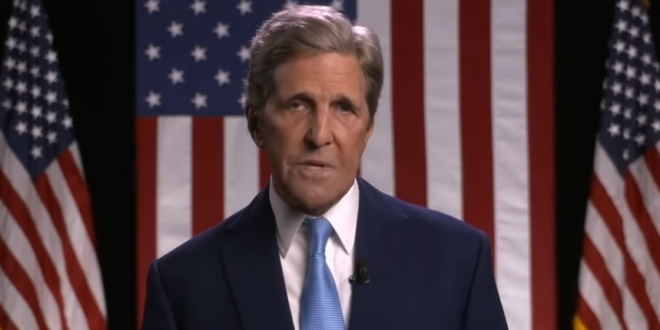 “For the eight years of the Obama-Biden administration, we led by example. We eliminated the threat of an Iran with a nuclear weapon. We built a 68-nation coalition to destroy ISIS. We forged 195-nation agreement to attack climate change. We stopped Ebola before it became a pandemic.

“President Trump inherited a growing economy and a more peaceful world. And like everything else he inherited, he bankrupted it.

“When this president goes overseas, it isn’t goodwill mission, it’s a blooper reel. He breaks up with our allies and writes love letters to dictators. America deserves a president who is looked up to, not laughed at.” – Former Sec. of State John Kerry, in his DNC speech.

Previous Mitch McConnell: Senate Won’t Pass “Postal-Only” Bill
Next Sally Yates At DNC: Trump Has Trampled The Rule Of Law And Weaponized The DOJ To Attack His Enemies