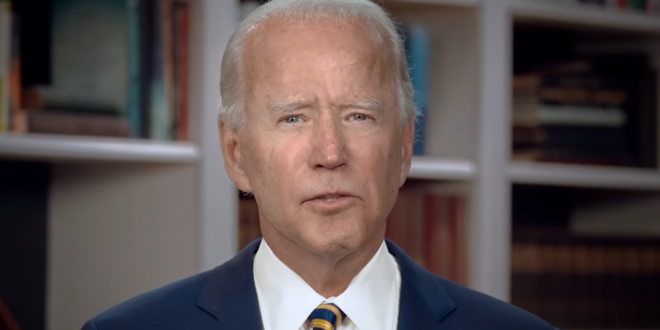 Joe Biden: Trump Stopped DNI Briefings Because He Doesn’t Want You To Know How Putin Is Helping Him

From a statement issued today by Joe Biden:

This is not how democracy works. But it is how American national security and sovereignty are violated.

The tools of our government are meant to defend the American people and our system of governance against all enemies, foreign and domestic.

And yet, at a moment when we know that our elections are under threat from foreign interference — and when the President of the United States has invited interference from Russia and China — the Director of National Intelligence is failing to provide full information about the danger.

For the DNI to curtail one of the most basic duties of our nonpartisan Intelligence Community — to keep the United States Congress fully informed about threats to our nation, in this case, about the real and rising threat of foreign election interference — is nothing less than a shameless partisan manipulation to protect the personal interests of President Trump. And it is a betrayal of the oath sworn to the American people and our Constitution.

Nothing is more important than the security and integrity of our elections. And we know that President Trump is unwilling to take action to protect them.

That leaves Congress as the best defender of our democracy. But now President Trump, through his hand-picked DNI — chosen for loyalty, not experience — is attempting to deprive Congress of the information they need to do their part.

There can be only one conclusion: President Trump is hoping Vladimir Putin will once more boost his candidacy and cover his horrific failures to lead our country through the multiple crises we are facing.

And he does not want the American people to know the steps Vladimir Putin is taking to help Trump get re-elected or why Putin is eager to intervene, because Donald Trump’s foreign policy has been a gift to the Kremlin.

Previous DHS Sec: We Might Send Troops To Portland [VIDEO]
Next Ratcliffe: I Ended Intel Briefings Due To Dem Leakers