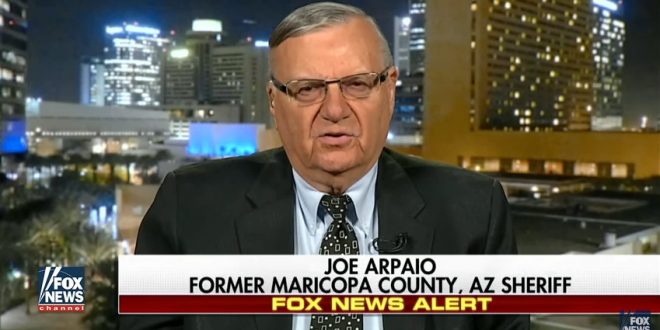 The Associated Press is reporting that former Maricopa County Sheriff Joe Arpaio has lost his bid to return to the office. Arpaio was one of three candidates in the GOP primary for the position. The other prominent candidate in the race was Jerry Sheridan, who was his former right-hand man.

Had Arpaio win the GOP nomination for Maricopa County Sheriff, it would have set the stage for a rematch between him and incumbent Sheriff Paul Penzone. Now, the August 4, 2020 primary marks Arpaio’s third electoral defeat in recent years.

Arpaio was ousted by voters as Maricopa County Sheriff in 2016. In addition to his 2016 loss, state figures show he came in third, behind Martha McSally and Kelli Ward, in the 2018 GOP Senate primary.

Arpaio had vowed to bring back all the abusive practices that were ruled illegal in multiple court battles. He was pardoned by Trump in 2017.