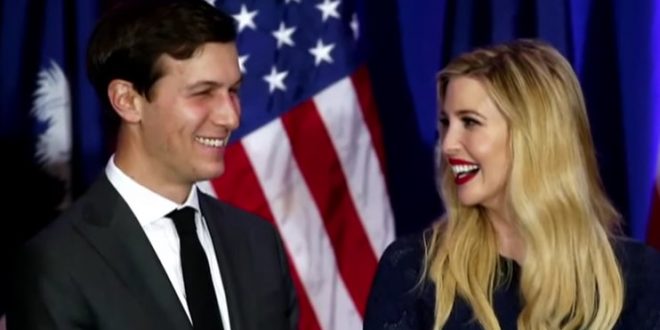 Ivanka Trump and Jared Kushner earned at least $36.2 million as they served in the White House last year, reporting a boost in income from some companies they own that hold residential and commercial properties, new disclosures released Friday show.

President Trump’s daughter and her husband, who serve as top advisers to him, reported a minimum combined income that was at least $7 million higher than in 2018, when they reported making at least $29 million, according to their personal financial disclosures, which they are required to file annually.