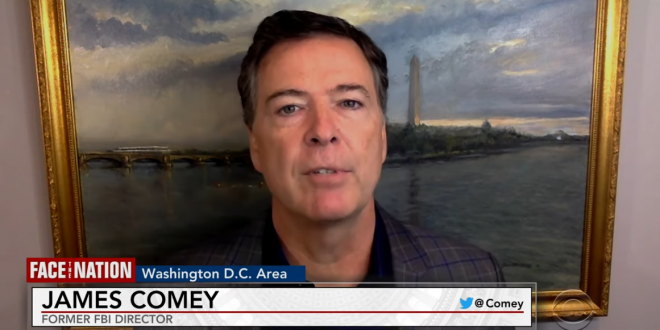 The 966-page bipartisan report, which goes into more detail than the Mueller report, found that Trump campaign manager Paul Manafort passed sensitive internal polling data and strategy to a Russian intelligence officer who may have been involved in the hacking of Democratic emails.

Asked why he never considered the scenario of Russian interference as FBI director, Comey responded: “I don’t know why. It didn’t occur to us that the Russians were doing something they had never done before, which is to weaponize and actually fire stolen material at our democratic process.”