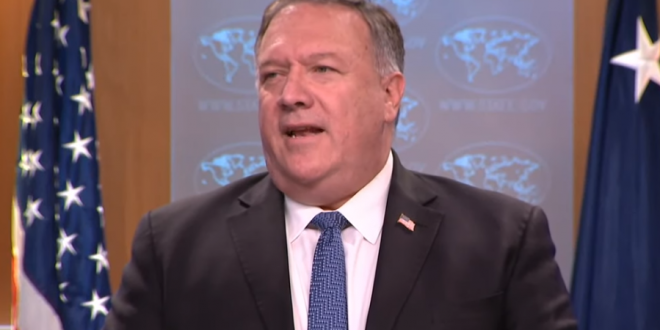 The House Foreign Affairs Committee pulled out the big guns against Secretary of State Mike Pompeo on Friday, announcing its plans to hold him in contempt over his “alarming disregard for the law,” including his potentially illegal speech at the Republican National Convention this week.

The committee’s chairman, Rep. Eliot Engel (D-N.Y.), said Pompeo has time and again used the power of the State Department for blatantly political purposes, including by bolstering a smear campaign against Joe Biden while refusing to comply with the House impeachment inquiry and other probes targeting President Trump.

Engel said his Democrat-controlled committee will soon draft a formal resolution finding Pompeo in contempt of Congress. The resolution would have to be approved by the full House before Pompeo can be formally held in contempt and potentially face civil or criminal consequences.

Just in: House Foreign Affairs chairman Eliot Engel announces that the committee “will begin work on a resolution holding Secretary of State Mike Pompeo in contempt” over his defiance of subpoenas issued by the panel pic.twitter.com/4ZTGxWJwBB