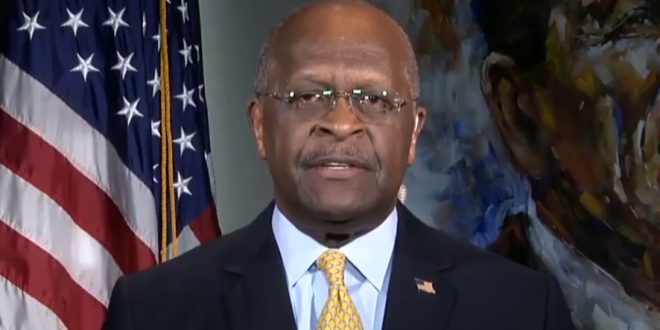 Herman Cain Tweets Against Kamala From The Grave

People don’t like to speak ill of the recently deceased, but that courtesy didn’t extend to the deceased’s estate on Wednesday after the Twitter account that belonged to Herman Cain shared a link to an article attacking Joe Biden and Kamala Harris — two weeks after the businessman and Republican politician’s unfortunate death.

Hermain Cain’s family said in a statement that to honor of Cain’s dying wish, they would continue to use his platform to advocate for the issues he cared about. The statement explained that they would do so with a rotating roster of contributors under the banner “The Cain Gang.”

After Cain’s name went viral this morning, the operators of the account changed the display name.

Um @THEHermanCain can you please come on the new abnormal? We know you’re dead but we only need audio. @TheRickWilson

Just in case you thought Biden’s candidacy was going to be anything other than completely nuts, team Trump has released a new video. #JoeBiden #KamalaHarris https://t.co/GjAC8VDaVF

The verified account owner of @THEHermanCain is very much dead.

Disable the account or strip it of its verification. https://t.co/jlFNplcwhR

Hey @Twitter @twittersupport @jack doesn’t a blue checkmark mean an account is authentic and verified to be that individual?

Don’t you think Herman’s “daughter, team, and family” should get their own account to tweet out propaganda?

@Jack is a dead person allowed to have their account used to spread propaganda?