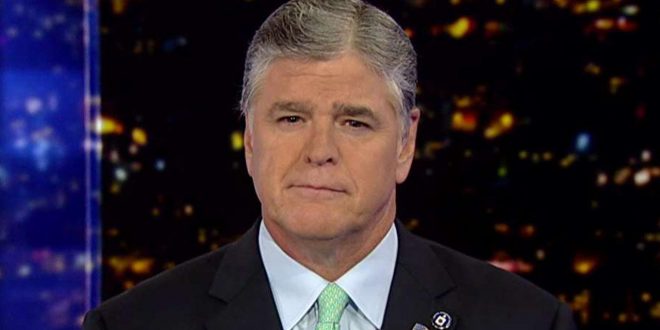 Fox News host Sean Hannity is selling “priority access” to signed copies of his new book “Live Free or Die: America (and the World) on the Brink,” to those who donate $75 or more to President Trump’s reelection campaign.

The Republican National Committee (RNC) sent an email to supporters on Monday offering them the deal on the book, which is set to be released Tuesday.

“We are only offering this exclusive opportunity to our TOP supporters of the Republican National Committee, like YOU,” the email said. “When you get your signed copy, in addition to benefiting the RNC, your contribution will also be helping us fight to re-elect the President and ALL Republicans this November.”

Hannity and other Fox personalities have been warned by the network multiple times that it’s against their policy for on-air talent to participate in political campaigns. Surely Sean Hannity will get another flaccid warning.

Previous Daily Wire: Only Taxpayers Should Be Allowed To Vote
Next REVERSAL: Trump Urges Floridians To Vote By Mail