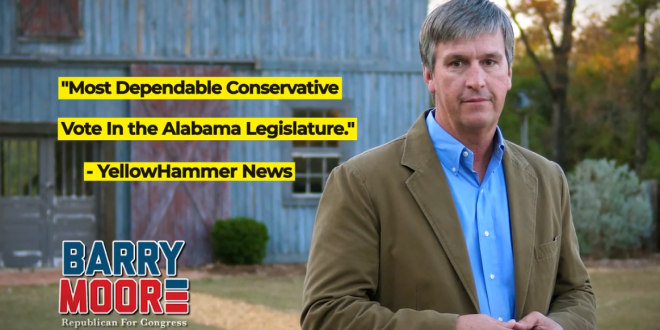 An Alabama Republican congressional candidate on Saturday defended the teen in Wisconsin charged in the shooting deaths of two people during protests after Jacob Blake, a 29-year-old Black man, was shot seven times in the back by a police officer.

Barry Moore, a former state legislator from Enterprise who is the Republican nominee in the 2nd Congressional District race, described the incident that “ruins this 17-year-old young man’s life” as “tragic.”

“It’s just indicative of what we’re seeing in the nation,” Moore said Saturday in an interview with AL.com. “You say defund the police, we’ll police ourselves. And when people and communities start trying to protect their property, their life and their liberty, and when they fire back, then all of the sudden they’re villainized.”

The GOP nominee for the Alabama 2nd and almost certainly the November winner, Barry Moore, just shared this on his Facebook page. pic.twitter.com/7hvI6tWxMo