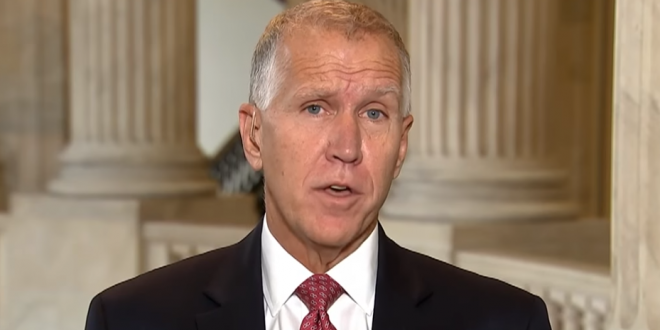 North Carolina Sen. Thom Tillis said on Friday he “fell short of my own standard” by failing to keep his face mask on in the White House crowd while listening to President Donald Trump accept the Republican nomination. Tillis, who is in a tough reelection bid against Democrat Cal Cunningham, has been consistently talking up face coverings as a chief method to slow the spread of COVID-19. At dozens of virtual town hall meetings, he’s urged participants to wear them when near others.

Democrats jumped on the unforced error, accusing Tillis of being a hypocrite. “When it comes time to choose between his political career and his principles, Tillis chose what’s best for himself,” state Democratic Party spokesperson Robert Howard said in a news release. “Sen. Tillis criticizing others while not following his own words is a perfect encapsulation of why North Carolinians don’t trust Tillis, and why he’ll be out of office this fall.”