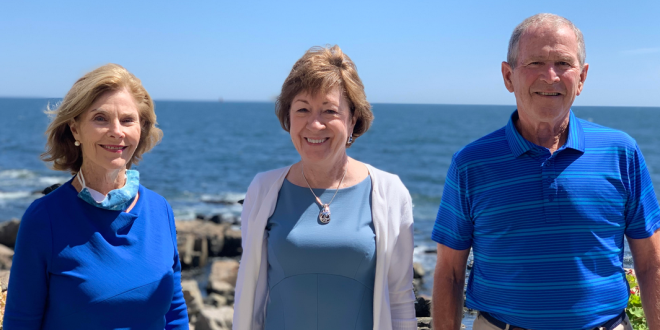 Bush has largely stayed out of the political fray since he left the White House in 2009, and his endorsement is a welcome boost for Collins, who is waging her most difficult campaign yet as she seeks a fifth term.

The centrist senator has become a top target for Democrats, who cast her as an enabler of President Donald Trump’s agenda, even as she occasionally tries to distance herself from his more controversial statements and policies.

President George W. Bush: “She brings dignity into a world that has gotten really ugly.” The support of President and Mrs. Bush means the world to me. #mepolitics pic.twitter.com/EvvvGqtrSg