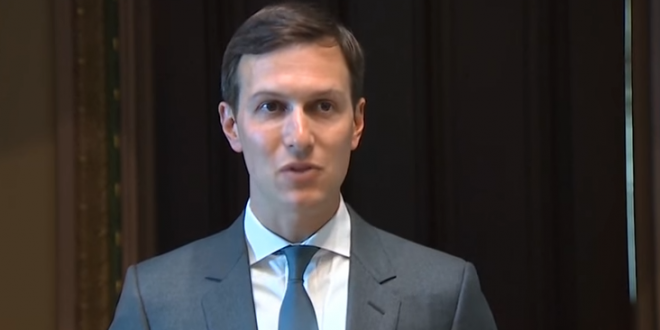 Forbes: Kushner Is Telling Kanye West He Could Win

When I pointed out to West last week during an interview that he won’t be on enough ballots to win, and thus seemed intent on running a spoiler campaign designed to hurt presumptive Democratic nominee Joe Biden, he responded, “I’m not going to argue with you.” But a few hours after the story appeared, West responded with a change of heart: “THE GOAL IS TO WIN,” he blared in a tweet.

And that seems to be the message that Kushner has been feeding him: “Jared’s scared and doesn’t want me to run because he knows that I can win,” West has told numerous associates after his conversations with the president’s son-in-law. That message, the sources close to West acknowledge, is the exact one that will embolden West to stay in the race. “If you know him for more than 20 minutes, you know that will work,” says one West confidant.

At the link, you’ll see that Kushner has been talking to West “almost daily.” Forbes speculates that Kushner is exploiting West’s bipolar disease. Read the full article.