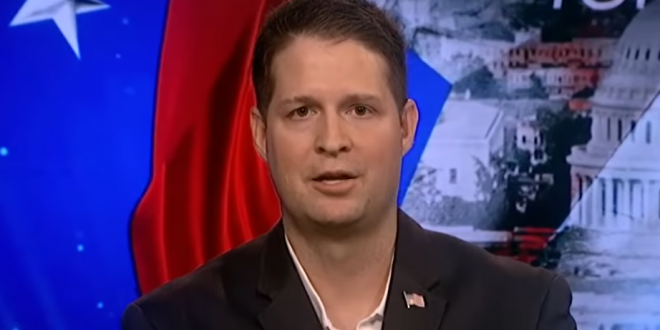 Stephen Bannon, a former top aide to President Donald Trump, and Brian Kolfage, the leader of the crowdfunded “We Build The Wall” effort, have been charged with conspiracy to commit wire fraud and money laundering, federal prosecutors said Thursday. Kolfage, the criminal complaint said, “covertly took more than $350,000 in funds that has been donated to “We Build The Wall” for his personal use.”

Kolfage allegedly spent his money on “home renovations, payments toward a boat, a luxury SUV, a golf cart, jewelry, cosmetic surgery, personal tax payments, and credit card debt.” Bannon and the other two spent on “travel, hotels, consumer goods, and personal credit card debts.” The four men found out they would potentially be subjected to a criminal investigation in October 2019, at which point they allegedly “took additional steps to conceal the fraudulent scheme.”

Kolfage has a long shady history:

Kolfage’s email harvesting previously relied on two ultra-conservative websites, FreedomDaily and Right Wing News, that frequently trafficked in false and politically divisive news, according to two former employees and two owners of competitor websites. FreedomDaily was part of a network of websites operating under the umbrella of “Liberty Alliance,” a Christian online media empire that hosts and serves advertising on the websites of the far-right’s loudest and most partisan voices.

FreedomDaily and other right-wing content makers under Liberty Alliance would swap hyperpartisan content to attract readers and frequently trafficked in far-right propaganda and false articles. FreedomDaily shut down in February 2018, the same month the site was sued for publishing an article that had falsely identified the driver of the car that killed a protestor during a “Unite the Right” rally in Charlottesville, Virginia, in August 2017.

Kolfage has claimed that he doesn’t own either site, which his former employees have said is a lie. A judgment against FreedomDaily remains unresolved because authorities cannot conclusively determine ownership. There’s MUCH more about that at the link above.