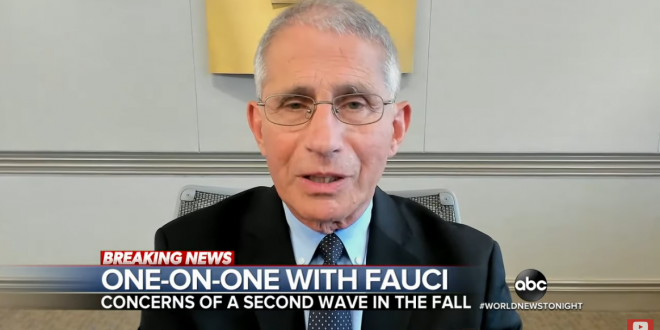 Trump has been criticized for repeatedly and falsely suggesting Covid-19 will disappear. In July, Trump said, “I think that at some point that’s going to sort of just disappear, I hope.” A couple weeks later, he told Fox’s Chris Wallace, “I’ll say it again, it’s going to disappear, and I’ll be right.”

“No, it’s not,” Fauci said responding to Trump’s erroneous claims. “I mean, all you’ve got to do is look at the data, David. The virus is telling us what it can and will do if we don’t confront it properly.”