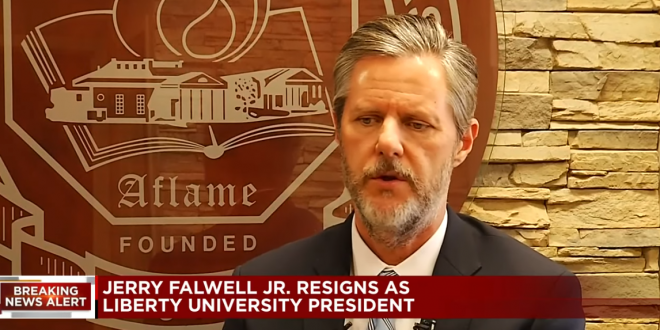 Although other news outlets have reported that Jerry Falwell Jr. has agreed to resign as president and chancellor of Liberty University, Falwell said in an interview Monday evening with Virginia Business that such reports are “completely false.”

He said that he has not agreed to leave the post permanently, nor does he plan to, although he is on an indefinite leave of absence following a series of controversies this summer.

Falwell added that Reuters’ report released Monday that a former business associate, Giancarlo Granda, had a years-long affair with Falwell’s wife, Becki, with his full knowledge was “90% false.”

Liberty University is the source for the reports.