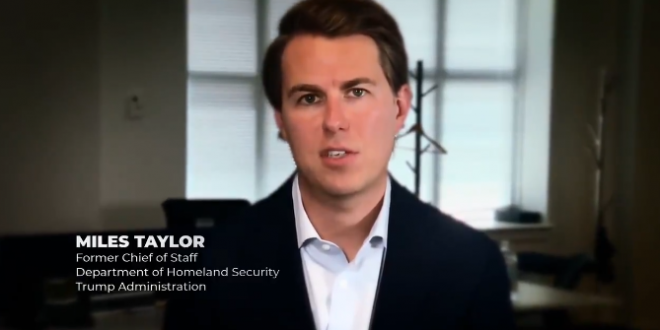 “He wanted to maim them and tear-gas them and shoot them. And I’m not even being hyperbolic. So we sat in a meeting one time where he was talking about how he wanted us to design the border wall.

“And one day the focus was on the spikes, and he was really upset because from the pictures we were showing him of the steel bollards — he said the spikes aren’t sharp enough.

“He wanted spikes that would pierce human flesh if they try to climb it.” – Former Homeland Security chief of staff Miles Taylor, adding that they had to tell Trump that it would be illegal to shoot approaching migrants. According to Taylor, Trump floated putting an alligator-filled moat along the wall.

Previous Navarro: Melania Is The “Jackie Kennedy Of Her Time”
Next Another Crash Into NYC On-Street Dining Spot [VIDEO]