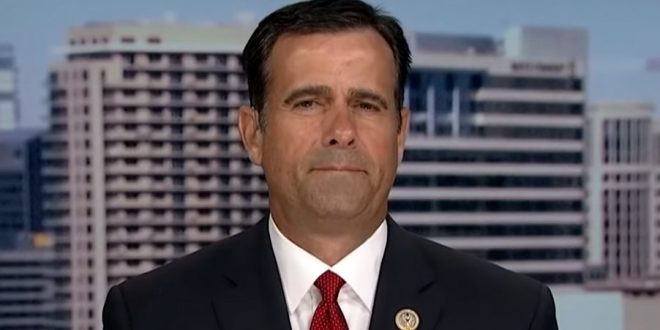 The Office of the Director of National Intelligence has informed the House and Senate Select Committees on Intelligence that it’ll no longer be briefing on election security issues, a senior administration official told CNN. It’ll provide written updates, the official said.

An ODNI official defended the move Saturday, telling CNN that Director of National Intelligence John Ratcliffe “is committed to meeting our statutory responsibilities and keeping Congress fully and currently informed.”

In May, the Trump crony then in charge, ⁦@RichardGrenell⁩, consolidated responsibility for election security under ODNI. Now the new Trump crony at the helm, ⁦@DNI_Ratcliffe⁩, is ceasing Hill briefings.

Almost as if this was planned all along. https://t.co/VrezNTkIJ3

The ODNI will only provide written election security briefings to congressional intel committees now, a move that is highly suspect given the impending election and the way the Trump administration has downplayed threats from foreign actors all along. https://t.co/gbJups8NBl

Trump’s intel head informs Congress they will no longer get in-person briefings on election security. They’ll only be given written reports — a format that will reduce lawmakers’ ability to ask questions of intelligence officials. – https://t.co/LnhVxvBIGw

The Office of the Director of National Intelligence’s decision to cancel all election security briefings for the Congress is a shocking abdication of its responsibility to keep Congress informed.

The American people have both the right and the need to know that another nation, Russia, is trying to help decide who their president should be.

Read my statement with @RepAdamSchiff: https://t.co/9CNkx5oKOs

Previous Pool Boy: Falwell Was Drunk And Giggling The First Time He Watched Me Screw His Wife, Said “Go For It”
Next FL Claims COVID Numbers In Schools Are “Confidential”