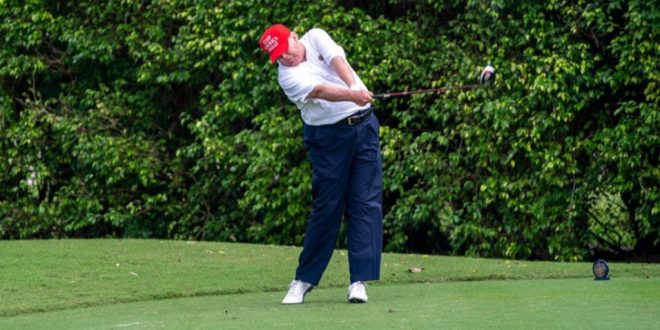 Before the coronavirus pandemic wreaked havoc on the tourism and hospitality industries, President Donald Trump’s high-profile properties were humming along in 2019, according to an annual disclosure report released late Friday evening.

Trump National Doral Miami, the golf resort where the president had considered hosting this year’s G-7 gathering of world leaders before scrapping the plans, brought in the most money in 2019. It reported revenues of $77.2 million compared with nearly $76 million in 2018.

The Trump International Hotel in Washington, which has become a prime meeting spot for administration officials, reported $40.5 million in revenue compared with the previous year’s income of $40.8 million. The disclosure indicates that Trump had a minimum income of more than $440 million.

This visit marks Trump’s 376th day at a Trump property and 283rd day at a golf club.