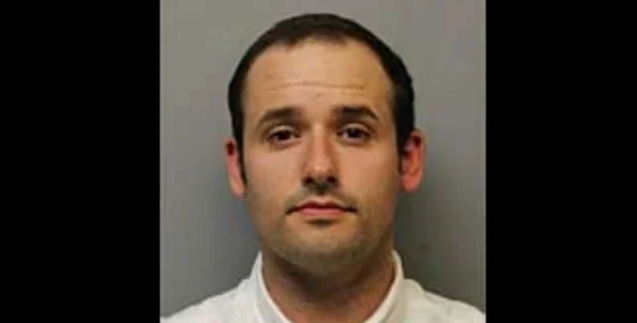 A Republican running for Congress in Connecticut’s 2nd District abruptly dropped his bid on the day of the primary following his arrest.

Thomas Gilmer of Madison was arrested by Wethersfield police late Monday, a department official confirmed. He was charged on a warrant with first-degree unlawful restraint and second-degree strangulation and posted a $5,000 bond.

Sources told the Courant the charges stem from a violent altercation with a former girlfriend. Police said they were first contacted on July 22 and opened an investigation. Gilmer, the Republican party’s endorsed candidate, released a statement blaming his primary opponent, Justin Anderson, for “slinging mud.‘’

Republican candidate for Congress arrested hours before voters go to the polls abruptly drops out. Police said Thomas Gilmer was arrested in connection with a “domestic assault.” He was charged with second-degree stragulation and unlawful restraint. https://t.co/F06Y0MN7S2