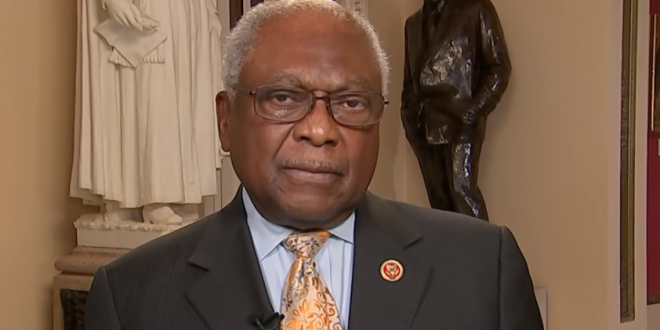 Rep. James Clyburn (D-S.C.) said Sunday he believes Trump is “trying to put a cloud over the election” because he doesn’t plan to leave office if he loses.

Clyburn told “CNN’s State of the Union” that “the American people had better wake up” to Trump, who he said has taken on strongman tactics. Clyburn compared Trump to Mussolini and said Russian President Vladimir Putin is akin to Hitler.

“I don’t think he plans to leave the White House. He doesn’t plan to have fair and unfettered elections. I believe that he plans to install himself in some kind of emergency way to continue to hold onto office,” Clyburn said.

Clyburn: “This man has taken on a strong arm tactics and I feel very strongly that he is Mussolini. Putin is Hitler.” https://t.co/Pnr9l50AmA