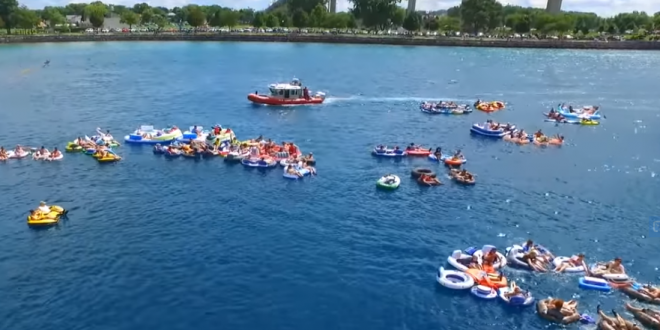 The 2020 version of the 7.5-mile unsanctioned Port Huron Float Down on Sunday, Aug. 16, comes in the middle of the COVID-19 pandemic, which has limited the number of people taking part in outdoor gatherings and closed the border between the countries until at least Aug. 21.

Sgt. Penny Hermann of the Royal Canadian Mounted Police in Ontario said those who cross over the border face a fine up to $750,000 and/or six months in jail. Roughly 1,500 Americans had to be rescued during the August 2016 edition of the event after floating into Canada, at a cost of approximately $9,000 for the city of Sarnia, Ont.

Authorities will have “no tolerance” Sunday if Michigan residents cross the closed border with Canada during the Port Huron Float Down. https://t.co/SZzICgTMK8

Previous Los Angeles County Sues Megachurch For Hosting Thousands At Services In Defiance Of Lockdown Orders
Next NJ Gov: All Registered Voters Will Get Mail-In Ballots