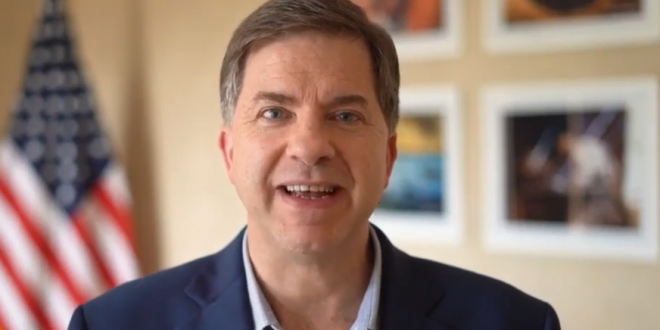 The Trump administration has been accused of attempting to pressure another foreign country into helping Trump’s reelection prospects, according to a letter from the House Foreign Affairs Committee.

In the letter, Foreign Affairs Committee chairman Rep. Eliot Engel demands Chapman explain an article in which the ambassador is said to have asked for the tariffs to be lowered as a “favor” from the Brazilian government to the Trump reelection campaign.

The State Department said Friday afternoon in an emailed statement that “allegations suggesting that Ambassador Chapman has asked Brazilians to support a specific U.S. candidate are false.” The statement added: “The United States has long been focused on reducing tariff barriers and will continue do so.”

The O Globo newspaper published a story on Thursday saying Mr. Chapman had underscored “the importance to the Brazilian government of keeping Donald Trump” in office. Mr. Bolsonaro, a far-right leader, has made closer alignment with the Trump administration his top foreign policy priority.

A competing newspaper, Estadão, published an article Friday saying its reporters independently confirmed that the ambassador framed his argument against tariffs in partisan terms.

Chapman is a career diplomat who joined the State Department in 1990. Obama appointed him as ambassador to Ecuador in 2015 and after Trump’s election there were allegations that he had threatened trade sanctions against that country over its support for a WHO resolution.

Here is the story ICYMI. Two Brazilians news organizations broke it first. NYT picks up on their reporting https://t.co/332asrRmrw

Report: US ambassador asked Brazil for favour to help Trump in 2020 https://t.co/7hpEnMGKui

U.S. ambassador seeks favor for Trump re-elect, tells “Brazilian officials that it was important for their ‘government to do the U.S. a favor’ by reducing ethanol tariffs, as those are important in the state of Iowa, a potential ‘key player’ in 2020.” https://t.co/9JHRYv3Hvg

Previous Two Weeks Ago Trump Promised To Sign A “Full And Complete Health Care Plan” By Today, That Was A Lie
Next Franklin Graham Calls For Defiance Of CA Lockdown