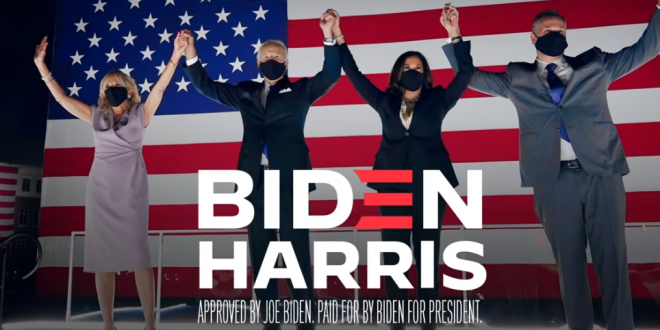 Joe Biden isn’t onstage this week as Republicans celebrate their presidential nominating convention. But his campaign is trying to make sure he’s on TV.

That presence will come in the form of a two-minute television ad set to debut on broadcast and cable networks Thursday night, offering pricey counter programming intended to coincide with President Trump’s renomination speech.

The spot largely focuses on a positive message from Biden to America, including his plan to recover from the pandemic, interspersed with details of his biography. And it portrays the 77-year-old candidate as a vibrant and quick-paced campaigner at a time when Republicans are trying to paint him as a washed-up politician who is showing his age.