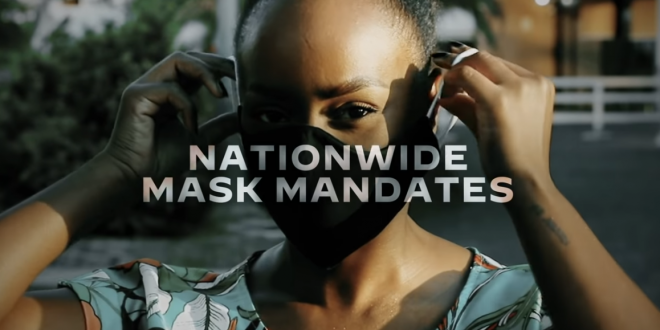 The gloves are off — and the masks are on. A day after Joe Biden called for a national mask mandate as part of his coronavirus plan, the presumptive Democratic presidential candidate released a campaign ad calling out the Trump administration for its pandemic response.

“We’re seeing it again: the virus spreading out of control. The president once again failing to act,” a narrator says at the beginning of the 30-second “Ready to Lead” spot.

The ad then argues that Biden is prepared to “take action now,” which includes “expanding testing, calling for mask mandates nationwide, starting immediately, and producing more protective gear here at home.” It concludes, “Fighting this virus and rebuilding our economy will take a president who’s ready to lead.”

Previous National Review: Give That QAnon Nutbag The Steve King Treatment And Deny Her Committee Assignments
Next Obama: Trump Is Trying To Kneecap The Postal Service