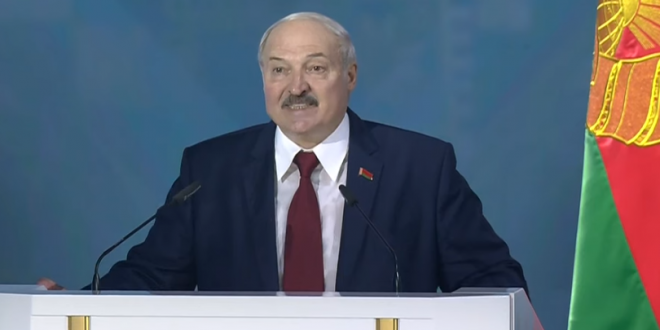 Belarus President Lies That NATO Is Poised To Invade

Speaking at a rally of his supporters in central Minsk, the 65-year-old leader dismissed opposition calls for a new election and urged Belarusians to defend their country.

“I called you here not to defend me, but for the first time in a quarter-century, to defend your country and its independence,” he said to the estimated 5,000 strong crowd, just as tens of thousands of protesters once again hit the streets in several cities demanding his ouster.

NATO has rejected accusations by embattled Belarusian President Alexander Lukashenko that it was deploying forces to that country’s western frontiers, but said it was keeping a close eye on events there.

“NATO does not pose a threat to Belarus and has no military buildup in the region,” Secretary-General Jens Stoltenberg said in a statement Monday as huge public protests continued to roil Belarus following Lukashenko’s claim that he soundly won reelection in the Aug. 9 presidential elections.

“We remain vigilant, strictly defensive, and ready to deter any aggression against NATO allies,” Stoltenberg said. “We support a sovereign and independent Belarus.”