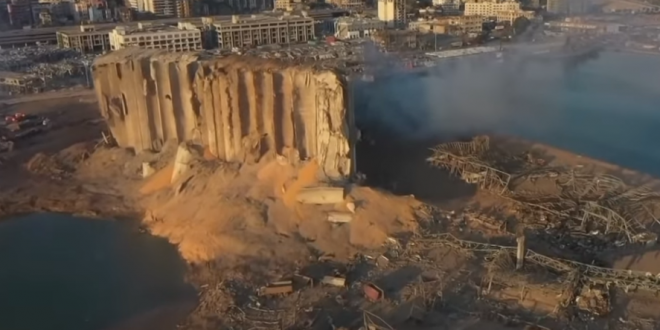 Nearly 3,000 tons of a highly explosive fertilizer that caused Tuesday’s devastating blast in Beirut came from a ship owned by a Russian businessman, the Mediazona news website reported Wednesday, citing Lebanese television and members of the ship’s crew.

The Rhosus is owned by Igor Grechushkin, a Russian national and resident of Cyprus, Mediazona cited the ship’s crew members as saying. The ship had been traveling from Georgia to Mozambique in 2013 when it experienced a malfunction and made an unscheduled stop in Beirut.

The cargo was checked and detained after the port authorities said it was ‘lacking documents and conditions necessary for transportation.’

The crew – eight Ukrainian and two Russian men – was forced to stay on board of the vessel while the owner Grechushkin declared himself bankrupt and ‘abandoned the ship’.

Lebanese authorities agreed to let six out of ten sailors to leave the country, others were left stranded on the ship for almost a year. Igor Grechushkin is reported to be still residing in Cyprus with his wife.

The ammonium nitrate that exploded was reportedly brought to Beirut on a Moldovan ship owned by a Russian in Cyprus, Igor Grechushkin, who declared bankruptcy & “abandoned” it there https://t.co/ucDE64bpYH pic.twitter.com/avNT5MhL8M

First pictures emerge of a Russian man whose ammonium nitrate cargo detonated in the port of Beirut. The 2,750 tonnes cargo of Khabarovsk-born businessman Igor Grechushkin was detained in Lebanon in 2013 https://t.co/hbu1VJgres pic.twitter.com/yQZqzcBIya

Media reports say a large supply of ammonium nitrate that exploded at a warehouse in the port of Beirut was likely unloaded there years earlier from a cargo ship that had been seized from its Russian owner, businessman Igor Grechushkin. #BeirutBlast https://t.co/mm4sA0moKm